It’s entirely possible that I have a problem…

Recently I caught myself surfing Ravelry, matching up yarns from my stash with potential sweater patterns. Sometimes I even match patterns with yarn I don’t already have.

So what’s wrong with that?

Nothing…except that I currently have five unfinished sweaters on the needles. Yes, five.

I’ve been working on Olive since last winter. The nickel circulars I started with proved too slick for the fine alpaca yarn I had chosen, so my tension was a little wonky. It made me sad to see the sweater that I had such hopes for turning out so average, so I put it away while I considered if it would be fixed with blocking. Earlier this year I bought a set of bamboo interchangeables, which made such an immediate and visible difference to my tension on this project that I ripped it back to the yoke and started again. Now it’s looking good and I’ve separated for the sleeves but let’s be honest – it’s miles and miles of stocking stitch in fingering weight yarn. I’ll be lucky if I finish it before the end of next winter. 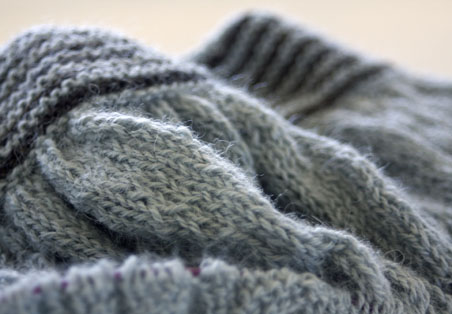 I cast on Audrey in Unst on New Year’s Day with the divinely gorgeous silver madelinetosh pashmina that my husband gave me for Christmas. I was almost up to the armholes when I realised that constantly picking it up, working half a row, and putting it back down while I helped my technical support students had really messed with my tension. So I ripped it back to the waist and sent it to the naughty corner for a bit. Now I find I’m just a little bit nervous about picking it up unless I know I can work on it uninterrupted for a while, so it’s moving forward more slowly than a snail can crawl. 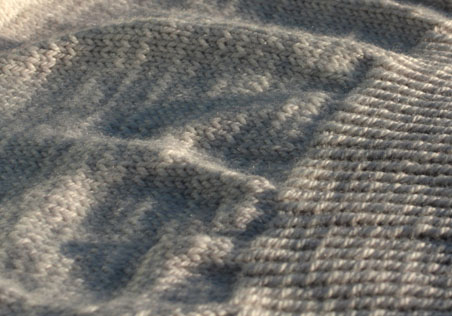 There’s Aidez. I kidded myself that I was waiting for my LYS to get in the 30cm Addis I needed for the sleeves, but I’ve had them for three weeks now and still no progress. It’s that damn sleeve curse again. 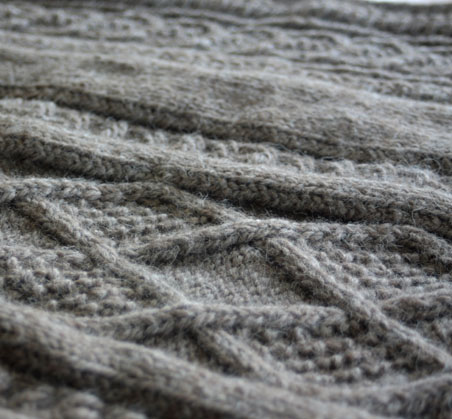 Atelier I cast on because I told myself I needed something that was a little bit challenging, but mostly plain stocking stitch (because Audrey clearly didn’t meet these criteria) to kick me back into gear. I loved watching the construction of the yoke come together, I even managed to slog through the sleeves before moving on to the body and then… nothing. Officially, it’s because we went on holidays and I wanted something even simpler to work on, but we’re back now and it’s still languishing. 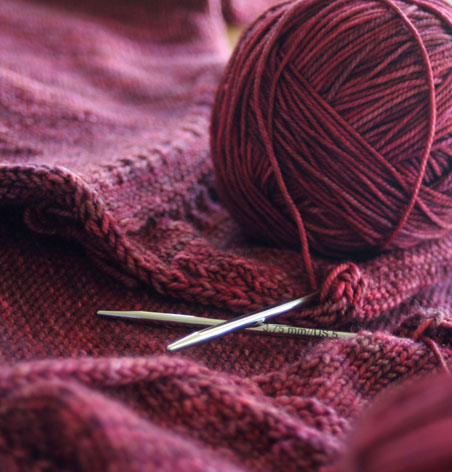 Shellseeker – the project I cast on to take on our beach holiday (yes, I theme my knitting) – has reached the critical point. The body is finished, the fun of working out the pocket construction is past. Now there’s just one sleeve left and I’m struggling to push past that mental block and just. get. it. finished. I’m so good at procrastinating when it comes to sleeves that I’ve even whipstitched the pocket lining closed and woven in all the ends already.

(If I’m completely honest with myself, there’s also a Whisper that I started in a silk/ramie blend before Christmas. Although that doesn’t really count, ‘cos we’re heading into winter here, and I won’t really have any use for something that lightweight until at least September…) 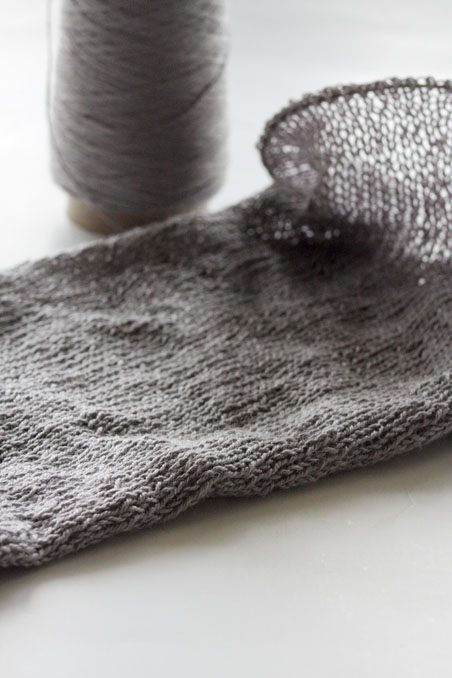 Common sense tells me to keep going with the project that is closest to being finished, and then work through the rest of them until they’re all done. My guilty conscience agrees. But I’m still sitting here with five sweater projects on the needles and the desperate urge to cast on another. What’s that all about?